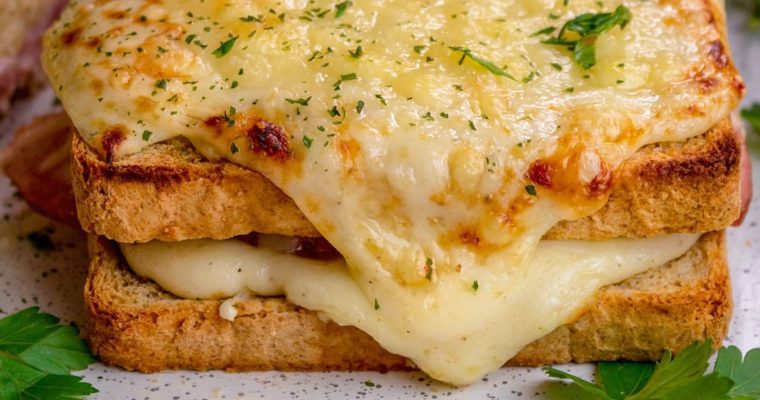 Every so often you just have to enjoy a delicious sandwich. I think there is undoubtedly nothing better than a French staple grilled cheese sandwich. Also, better known as Croque-Monsieur Sandwich. In translation, it means Gentlemen’s Crunch. My favourite way to eat a croque-madame is… 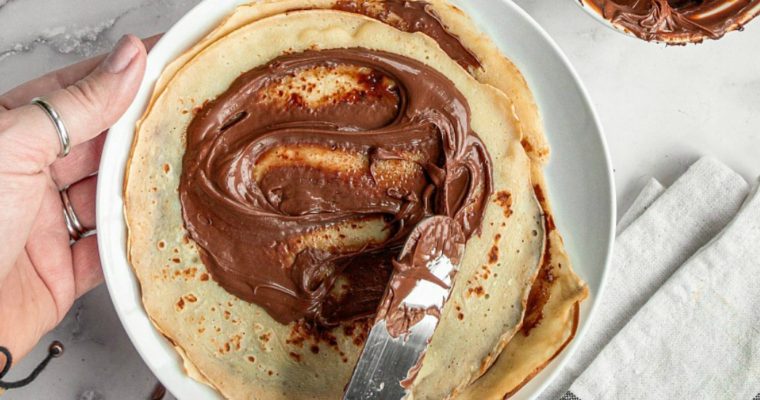 My simple Crepes are delicious, incredible and extremely easy to make. They are absolutely perfect for breakfast, snack and they do make an excellent dessert. My family loves crepes, sweet or savoury, even though we are more sweet tooth peeps. I try not to make…

Delicious Broiled Flank Steak! How do you like it, rare, medium-rare or well done?

I am medium rare to a well-done type of person… or at least somewhere in between.

I desperately wanted to grill this one the other day or at least smoke it.

Well, the continuous rain kept me from doing it, so the next best thing was grilling it under the broiler.

The fragrant spices were perfect, and it tasted really tasty.

You know Flank Steak could be a bit chewy or tough, but I think it depends on where you buy your meat, as well as how old it was.

The flank makes a mean fajita, and it’s also an excellent choice for bibimbap, stir-fries, or even Philly cheesesteak.

It is just so delicious that I could eat it every other day.

I got to say that this method of cooking a steak is popularly called London Broil.

Tougher pieces of meat, commonly, flank or top round steak, are left to marinate overnight.

Then you should be broiled under high heat and served by thinly slicing the meat across the grain.

I typically served it low carb for my family. Well, my kids had bread, of course. We are carb lovers after all.

However, my lovely husband and I enjoyed it with some oven-roasted ranch cauliflower cooked in steak dripping.

The other dish was sauteedÂ cabbageÂ in garlic Alfredo sauce, which was perfect. Needless toÂ say, weÂ inhaledÂ this delicious meal.

If you follow Low-Carb Diet this meat is perfect. You can combine it with cabbage like I served my air-fryer ribs or cauliflower, maybe a bowl of greens.

If you use my recipe to make this tasty Broiled Flank Steak, please tag me on Instagram. @sandraseasycooking

Grilled Flank Steak: Instead of broiling, you can also grill flank steak over very high heat on a gas or charcoal grill. The cooking times are the same.

You may marinate this from 3 hours to overnight. The Flank steak takes marinates very well so it will tenderize.

One more old recipe repost because it is winter season, this is comfort food that we love during winter, and you guys kept asking for this recipe. So here is my stuffed cabbage rolls or as we like to call them, Sarma! As much as… 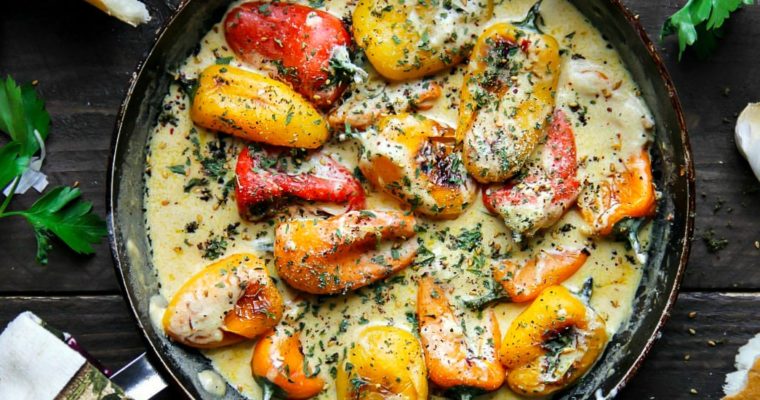 This Toast Pizza Roll makes one amazing party food. It is one extraordinary and easy finger food that most people, especially kids love.

My family loves watching football as well as other sports, so we make a small party with delicious finger foods when we watch it.

As a result, this pizza was born after I was searching for easy finger foods. I cannot claim full credit for creating this idea, but I used my own method.

In a way brainstormed how I will make this my own.

We all see recipes all over the web, then there are glossy magazines full of recipes, as well as tv shows. However, I always try to recreate it and make my own version with ingredients that I have in my fridge or pantry.

With that being said, that’s why I constantly encourage you to use what you have or like. Just with this recipe, I know that many people do not consume pork.

I am one of those people that didn’t grow up with pepperoni. We had other types of hard salami. That’s why I said you can find something else instead to use in this recipe.

I am affiliated with Amazon.

I started to add items to my Amazon store of things that I have used in the past. It is a slow process, but it’s fun and interesting. 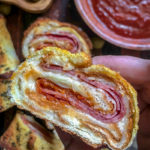 Baking time wary on the type of oven you have. Check the roll around 15 minutes of baking just to make sure. You may use any type of salami or cheese. I loved using Italian blend because it got many different types of cheese, however, I made it before with cheddar, and sometimes with mozzarella only. 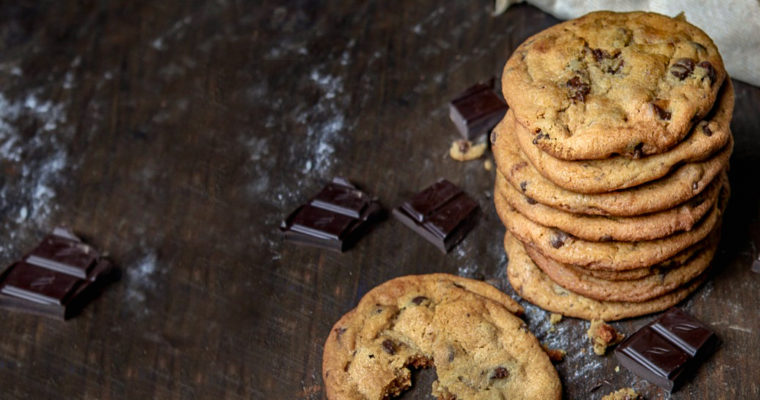 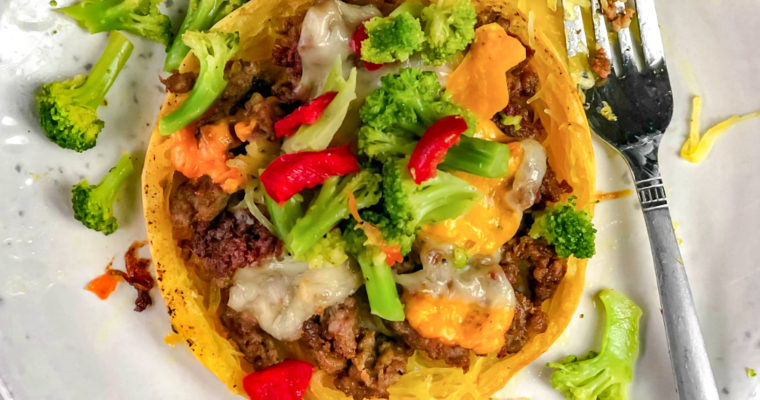 Simple, delicious and low-carb meal. It is Keto Friendly and very delicious.

When it comes to easy meals this one could not be easier. It does take a bit more time to complete it, but nothing hard at all.

You all probably heard about Low Carb KETO Bread, so I just made my version of the same bread.

When carboholic decide to join the low carb club and cannot live without a slice of bread. That would be me. I just had to clean up my act and start the most strict form of carb cleanse because I felt like I was out of control.

Have you heard of Keto Bread? I am almost certain that you all probably heard about it, so I just made my version of the same bread.

You guys know that I was baking a homemade bread almost every single day. If not bread than some kind of rolls, focaccia or flatbread.

I am one of those people that would eat heartily bread with pasta. Yup! Guilty as charged… but that was it! It was a time for me to change.

Well, I am entering my fourth week and I feel freaking fantastic. I lost lots of inches, a nice chunk of weight for a beginner, not too much like some people, but it is going slow and steady which I like the most.

My sleep and energy level drastically improved, I no longer snore, I have far fewer cramps and no headaches. Overall, so far so good!

I know we all have different successes and even failures, some see amazing results in a shorter period of time and for some of us takes time. That’s okay. We are all different and unique.

What can I say? I have never felt better, however, yes, I missed bread the most so I made my own. We tried to experiment for a week with it, and I think this is it. I absolutely love this version.

The first one that I made was too eggy and buttery, so I dropped to six-room temp eggs, added ghee instead of coconut oil, and used a bit of sour cream to make it rise up a bit more.

My family wanted to support me so they join Keto Fun as well. So now, I need one fridge just for bacon and eggs because they literally ate over the weekend my week supply of both.

Also, they sincerely love this bread as well and it was gone for lunch. Like, seriously?! I could eat this bread all week long. LE SIGH!

Check out my MINI KETO EVERYTHING BAGELS

Anyhow, It is utterly scrumptious and so tasty! I know this bread is for sure going in the rotation as long as we are on Keto. I might do some updating like adding cheese or herbs.

It tastes like cornbread meets savory pound cake, but way less eggy taste… Hey, it replaces reg bread beautifully, so you can eat it once a day or every other day.

I hope you guys like this bread as much we do. With that being said, please, comment and tag me if you make it.

Or just post a pic and tag me so I can re-post. I really want your feedback; good, bad, and ugly! Can’t wait to see your creation. Thanks!!!

P.S. I am affiliated with Amazon so those links below in my recipe form I linked personally. It is not an ad but purposely added a link by me.

I will add things that I used in the past, or that are in the recipe if I can find it on the Amazon website.

It is utterly scrumptious and so tasty! I know this bread is for sure going in the rotation as long as we are on Keto. I might do some updating like adding cheese or herbs.

It tastes like cornbread meets savory pound cake, but way less eggy taste…Hey, it replaces reg bread beautifully, so you can eat it once a day or every other day.

Use Room Temp Eggs. Just leave them on the countertop for 15 minutes or you may drop them in the warm water for 5 minutes to warm up. The bread turns much better.

Do you like Bread Puddings? What flavor combination is your absolute favorite? Bread pudding, which I typically call sweet breakfast casserole, is the best creation. Whoever invented this is an absolute genius. My family genuinely loves it so much. I cannot even begin telling you how this entire pan was gone in less than 10 minutes. Ahh! Le Sigh! This was the time when I still ate carbs and sweets. I precisely remember waking up… 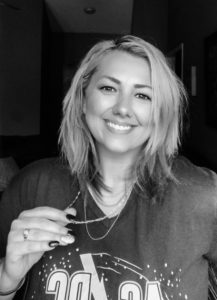