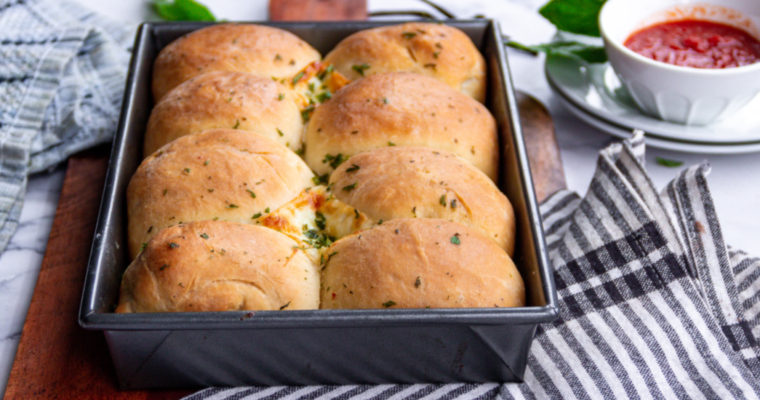 Extremely tasty, warm and comforting recipe for Cheese Stuffed Dinner Rolls. You will love these soft, garlicky and cheesy bread bombs. If you love soft dinner rolls than you will adore these beauties with cheese, brushed with butter, garlic and herbs. From time to time […] 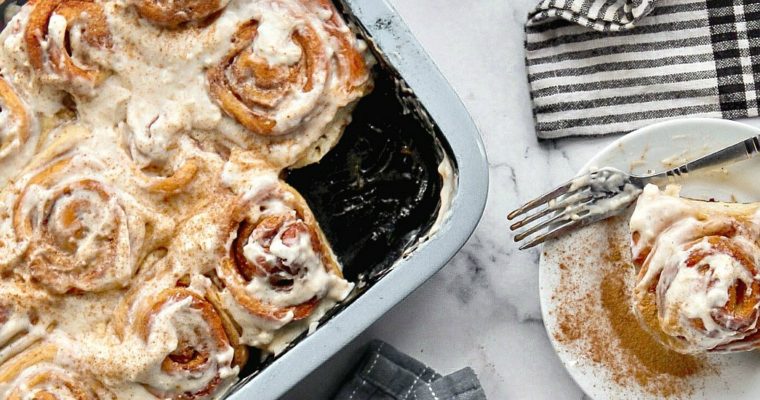 What do we have here? Yes, I have The Best Cinnamon Rolls for you all. They are so fluffy, tasty, sweet and comforting. I have made these almost every other day until I got the best measurements. My family loves these rolls, but they are […]

I do not think that there is anything better in this world than freshly baked bread, especially my Easy Homemade French Bread.

Well, my dutch oven for beginners and no-knead bread recipes are amazing, as well.

Anyhow, after many trials and fails, I finally got a winning recipe. I take pride in my bread recipes, so I tested this bread many times. This recipe is more of a “store-bought” copy-cat recipe rather than a true French artisan crunchy baguette.

With that being said, it is still very delicious bread that I know you will love.

Anyhow, you guys seem to love my easy bread recipes and that makes me so happy. Trust me, you do not have to be a rocket scientist to bake a loaf of bread.

Yes, we all have to measure it in the beginning, but later you will just know what is what.

I must say, without bragging that I probably could make bread with my eyes closed. Well, that’s because I have been baking bread for a very long time.

Not that I am old as a bible, but I was 12 going toward 13 years old when I made my first bread.

I am almost 40 years old, so you see it has been a while since I made my first bread with the messy kitchen and flour all over the floor.

It was a rather unforgettable experience, and as you would typically expect to see on the I Love Lucy show.

With that being said, I have grown a bit and you can say got some experience making bread.

You can make this bread dough with a stand mixer using hook attachment however, you may use a bowl and a wooden spoon as well as your trusty hands to knead it.

I must admit my kids and husband are just like me. We love bread so much, but ever since we went low carb I avoid making it.

The only reason I would bake bread these days is to bring to my neighbors or friends.

However, sometimes I just dearly crave it. I use it my treat. It is nostalgia so I make a couple that we usually finish eating in one day. I know! We have a problem.

Thank you so much in advance. I cannot wait to see your creations.

Just to add, as some found it quite unusual that I add oil to my dough. I like the dough much better with a drizzle of oil, however, traditional long baguette or French Bread does not contain any oil or fat whatsoever.

My mother-in-law only uses 4 ingredients to make bread; yeast, flour, salt, and water. Your bread will come out just as good.

You may check out how I make bread without a stand mixer. HERE

Check out this ARTICLE about steam and bread 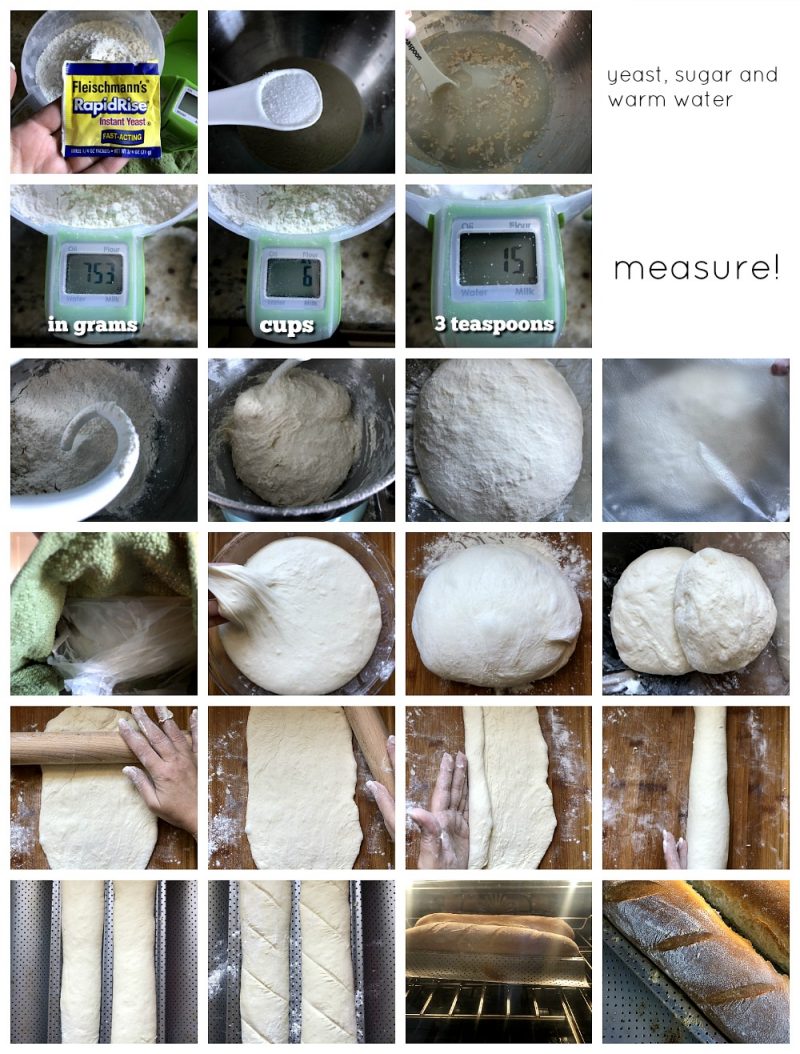 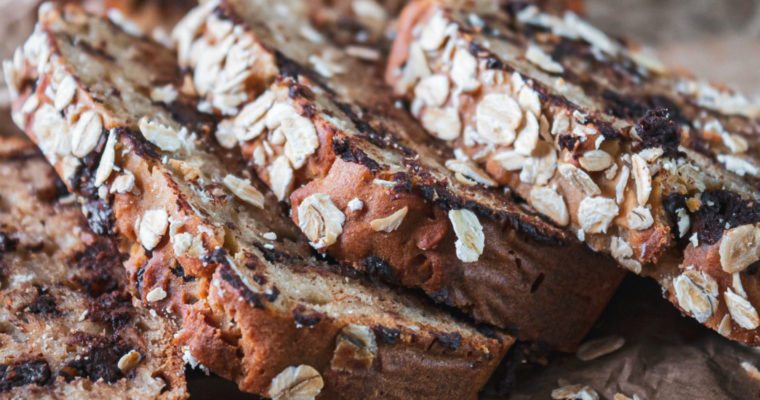 This is a sponsored post written by me on behalf of the National Peanut Board. All opinions are entirely my own. This gluten-free peanut butter chocolate bread topped with oats is simply divine. You can toast slices of bread in a pan, make French toast or perhaps a delightful breakfast strata with day old bread. I must admit […] 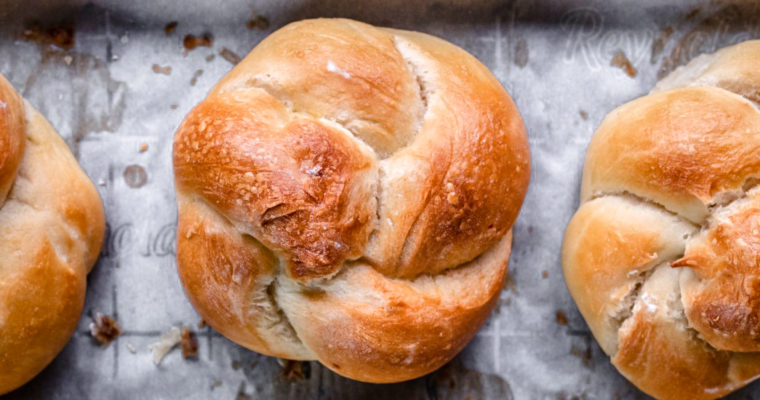 All Purpose Dough Recipe included with Spiral Twist Bread Rolls I just love baking homemade bread. So many amazing bread recipes that we can make with different shapes just like these tasty spiral twist bread rolls. I find it relaxing when I am under stress. […]

You all probably heard about Low Carb KETO Bread, so I just made my version of the same bread.

When carboholic decide to join the low carb club and cannot live without a slice of bread. That would be me. I just had to clean up my act and start the most strict form of carb cleanse because I felt like I was out of control.

Have you heard of Keto Bread? I am almost certain that you all probably heard about it, so I just made my version of the same bread.

You guys know that I was baking a homemade bread almost every single day. If not bread than some kind of rolls, focaccia or flatbread.

I am one of those people that would eat heartily bread with pasta. Yup! Guilty as charged… but that was it! It was a time for me to change.

Well, I am entering my fourth week and I feel freaking fantastic. I lost lots of inches, a nice chunk of weight for a beginner, not too much like some people, but it is going slow and steady which I like the most.

My sleep and energy level drastically improved, I no longer snore, I have far cramps and no headaches. Overall, so far so good!

I know we all have different success and even failures, some see amazing results in the shorter period of time and for some of us takes time. That’s okay. We are all different and unique.

What can I say? I have never felt better, however, yes, I missed bread the most so I made my own. We tried to experiment for a week with it, and I think this is it. I absolutely love this version.

The first one that I made was too eggy and buttery, so I dropped to six room temp eggs, added ghee instead of coconut oil and used a bit of sour cream to make it rise up a bit more.

My family wanted to support me so they join Keto Fun as well. So now, I need one fridge just for bacon and eggs because they literally ate over the weekend my week supply of both.

Also, they sincerely love this bread as well and it was gone for lunch. Like, seriously?! I could eat this bread all week long. LE SIGH!

Check out my MINI KETO EVERYTHING BAGELS

Anyhow, It is utterly scrumptious and so tasty! I know this bread is for sure going in the rotation as long as we are on Keto. I might do some updating like adding cheese or herbs.

It tastes like cornbread meets savory pound cake, but way less eggy taste… Hey, it replaces reg bread beautifully, so you can eat it once a day or every other day.

I hope you guys like this bread as much we do. With that being said, please, comment and tag me if you make it

just post a pic and tag me so I can re-post. I really want your feedback; good, bad and ugly! Can’t wait to see your creation. Thanks!!!

P.S. I am affiliated with Amazon so those links below in my recipe form I linked personally. It is not an ad but purposely added a link by me.

I will add things that I used in the past, or that are in the recipe if I can find it on the Amazon website.

It is utterly scrumptious and so tasty! I know this bread is for sure going in the rotation as long as we are on Keto. I might do some updating like adding cheese or herbs.

It tastes like cornbread meets savory pound cake, but way less eggy taste…Hey, it replaces reg bread beautifully, so you can eat it once a day or every other day.

Use Room Temp Eggs. Just leave them on the countertop for 15 minutes or you may drop them in the warm water for 5 minutes to warm up. The bread turns much better. 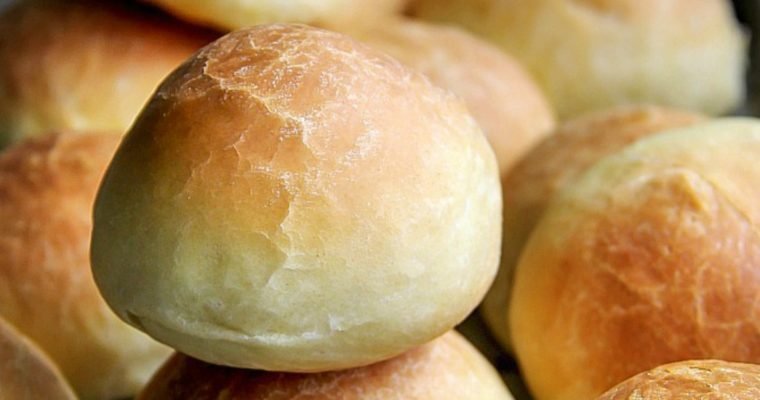 These are probably the best homemade dinner rolls ever. Also, I will take bread over dessert anytime. That might sound crazy to some people, but that’s me. You can either love as I am or hate me. Well, you have no reason to hate me, but you know what I […] 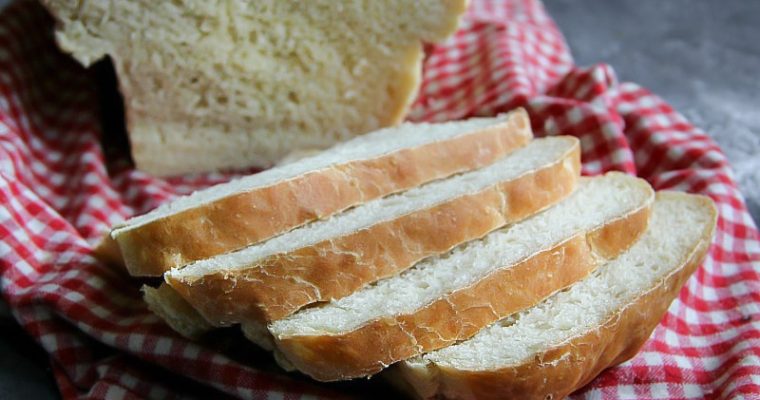 This was my most popular recipe, and I feel like I lost part of me when this one did not transfer to a new blog platform. With that being said, I will manually add this recipe, pictures and a post itself and it will show […]

There is one more bread in town, ahem, I meant on my blog. Damper bread is Australian Bread, traditionally made in the hot ashes of a campfire, using a cast iron pan.

Sometimes, it is just dumbed and covered with plain hot ashes. I am just fascinated with different ways we can prepare and cook food

remember bread that we were making many times when went camping so this bread’s history reminded me of those times.

We would usually make it under the large lid that was covered with hot ashes and charcoal. That lid is actually called “Sač” (SACH)

Nevertheless, we are talking about Damper bread, therefore, allow me to explain more about this bread if you have never heard about it.

There are many recipes online, as well as on youtube. You may watch videos and hear the history behind this bread expected from native. I feel like they can give you more inside than me

This bread is seriously extremely easy and you really cannot go wrong making it. I absolutely love the taste and texture.

As you can see, I used a Dutch Oven to bake it in my oven. Furthermore, it came out beautifully and very tasty indeed. I just couldn’t wait until it was cool enough to bread a piece and spread it with a bit of butter and strawberry jam.

It reminded me greatly of Irish soda bread, which we all know it is one my favorite bread, but after one bite it was clear that I was in love. What can I say, I would have a really hard time giving up this kind of carbs. Bread is life, and I love it passionately.

I sincerely hope you guys try making it because it is quick, no-knead, and delicious. If you love biscuits and savory scones, then my friends you will love this bread.

Wishing you all a spectacular day!

You may use Self-Rising Flour. In that case skip baking powder, baking soda and reduce salt to ½ teaspoon. Instead of buttermilk, you may use beer, and/or other additions. I take off the lid 10 minutes before the bread is done to get a deeper golden color. You may use parchment paper lined in the dutch oven. This bread is similar to Irish soda bread.

Dutch Oven that I recommend: 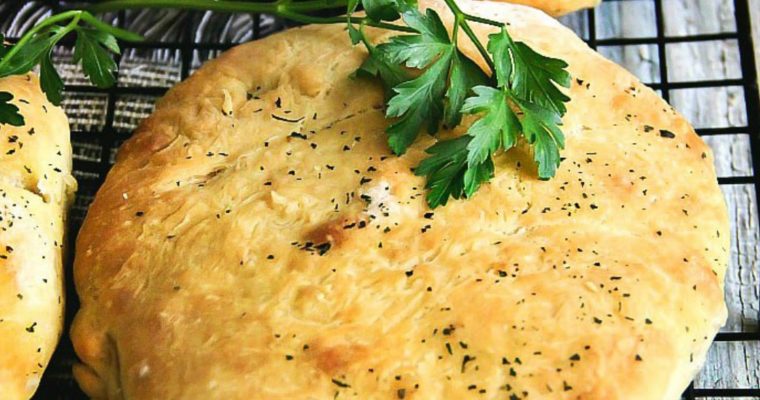 I have to say do not look any further because this is The Best Pita Bread recipe. Bread is essential in my life. It is one of the necessities that my household needs daily. Although, lately we eat it way less. Believe it or not, I […] 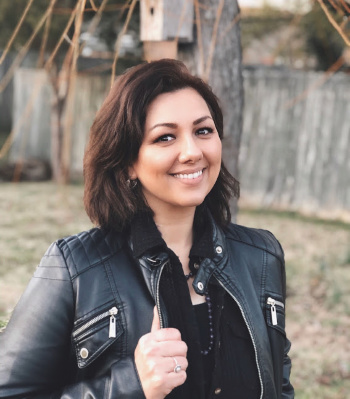